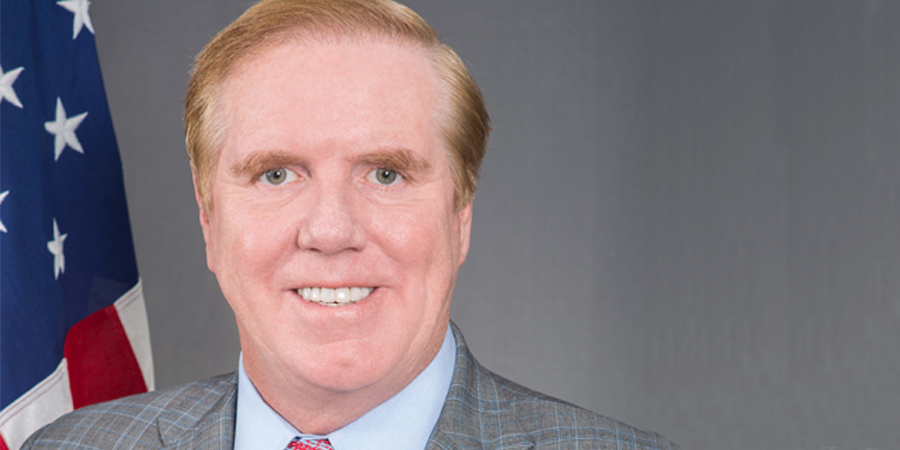 Ambassador Extraordinary and Plenipotentiary of the United States of America to the Grand Duchy of Luxembourg.

Ambassador J. Randolph Evans arrived in Luxembourg on June 18 2018 and presented his credentials to Grand Duke Henri on the following day to become the 23rd United States Ambassador to the Grand Duchy of Luxembourg.
Before becoming Ambassador, he served as an attorney, author, and public servant in a variety of roles at the federal, state, and local levels of government including serving as outside counsel to Speakers of the 104th-109th Congresses of the United States.

In addition, he served on the State Election Board of Georgia (2001-2011) and as Co-Chair of Judicial Nominating Commission of Georgia (2010-2018). He also worked on the Standing Committee of Government Affairs of the American Bar Association, the Board of Governors of the State Bar of Georgia, the Chair of the Torts and Insurance Section of the Georgia Bar, as well as various committees in a variety of capacities.

For his work and service, he has received numerous awards and recognitions across the United States. He received his Bachelor of Arts degree from West Georgia College in 1980 and his Juris Doctor degree from the University of Georgia in 1983.