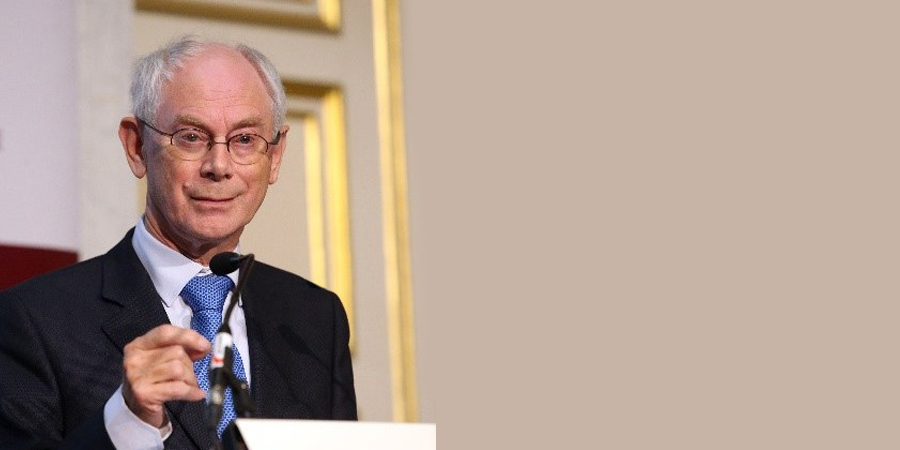 Herman Van Rompuy, President Emeritus of the European Council and former Prime Minister of Belgium, is now President of the European Policy Centre – one of the leading think tanks of Brussels. He is also a visiting Professor in several universities (SciencesPo Paris, the College of Europe, UCL, KULeuven, Ugent, etc).

Herman Van Rompuy’s presidency of the EPC follows an impressive career in national and European politics; a former economist at the National Bank of Belgium, he began his political career in 1973 as national vice-president of his party's youth council, before holding various responsibilities within his party and in the Belgian Parliament and government, serving in turn as Senator (1988-1995), Secretary of State for Finance and Small Businesses (1988), Vice-Prime Minister and Minister of Budget (1993-1999), Member of Parliament (1995-2009), Minister of State (2004), and Speaker of the House of Representatives (2007-2008).

At the time of his first appointment as President of the European Council in 2009, he was Prime Minister of Belgium. He was the first full-time President to take office when the Lisbon Treaty came into force. In 2015, King Philippe II of Belgium ennobled Herman Van Rompuy by making him an earl.